Revenue officers have seized 40kgs of herbal cannabis with an estimated value of €800,000 at a parcel depot in Dublin.

The drugs were discovered today, with the assistance of detector dog James, in a number of boxes containing poster tubes, all of which originated from the Netherlands.

The parcels were destined for a number of addresses in west Dublin. 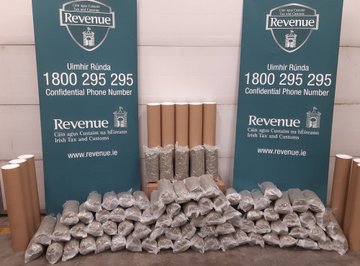 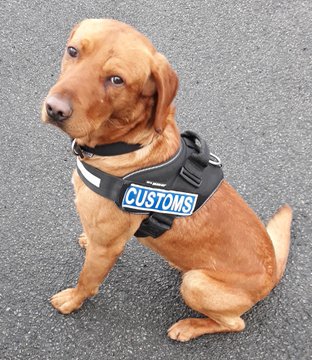 Gardaí stopped the vehicle at a Covid-19 checkpoint as it arrived into the port shortly after midnight.

A quantity of cash was found during a search of the car hidden behind a panel.

The vehicle was seized for technical examination and the remainder of the cash was discovered during a follow-up search.

The occupants – two men aged in their 30s and 40s – were arrested at the scene and are being detained at Store Street Garda Station.

Italians Seize 6 Tons Of Hashish Of Coast of Sicily